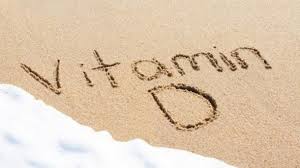 A study from South Korea has established a potential link between vitamin D deficiency and higher risk of developing breast cancer.

The researchers wrote, “This study provides a meaningful evidence for potential preventive effect of vitamin D on breast cancer…”

Researchers obtained and compared blood levels of vitamin D between 3,634 breast cancer patients and 17,133 people in the general population. They also examined a potential link between vitamin D status and breast cancer risk in relation to menopause status and hormone receptor status of the tumor (whether or not the cancer cells have receptors, or proteins, that pick up hormone signals that tell the malignant cells to grow).

They found that women deficient in D did have a higher risk of the disease, but the association did not vary significantly depending on menopausal status.

The link remained significant in both hormone receptor positive and negative statuses—though was most pronounced in triple-negative breast cancer patients.