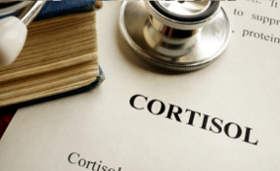 If you answered yes to one or more of these questions you may be suffering from Adrenal Fatigue.

Stress related adrenal fatigue is so common that an estimated 80% or more of people in Western developed nations suffer from it at some time in their lives, yet conventional medicine still does not recognise, adequately diagnose or treat this debilitating fatigue and stress syndrome.

What is adrenal fatigue and how can I treat it in Melbourne?

In 1998, Dr. Wilson coined the term ‘adrenal fatigue’ to identify below optimal adrenal function resulting from stress and distinguish it from Addison’s disease.

Adrenal Fatigue is any decrease in the ability of the adrenal glands to carry out their normal functions. This happens when your body is overwhelmed, when stress overextends the capacity of your body to compensate and fully recover. Consequently, the adrenal glands become fatigued and are unable to continue responding adequately to further stress.

Adrenal Fatigue is a collection of signs and symptoms, known as a “syndrome” that results when the adrenal glands function below the necessary level. Most commonly associated with intense or prolonged stress, it can also arise during or after acute or chronic infections, especially respiratory infections such as influenza, bronchitis or pneumonia.

Many factors can reduce adrenal function, and it is often an accumulation of such triggers over a period of time which is responsible for the syndrome known as adrenal fatigue. As the name suggests, the paramount symptom is fatigue that is not relieved by sleep but it is not a readily identifiable or diagnosable entity like a low iron count or Vitamin B12 in the blood, which is typically viewed by the medical profession as the cardinal sign of fatigue.

With so many potential causes of adrenal fatigue, the appropriate treatments can be wide ranging, but particular diets have been shown to help patients regain energy and overcome their issues. From our Melbourne clinic, we can create a personalised adrenal fatigue diet to help treat your symptoms and promote recovery. Contact us today for more information on 03 88200010 or to organise an appointment.

The adrenal fatigue syndrome has been known by many other names throughout the past century, such as non-Addison’s hypoadrenia, sub-clinical hypoadrenia, neurasthenia, adrenal neurasthenia, and adrenal apathy. Although it affects thousands of people in NZ, Australia and around the world, conventional medicine does not yet recognise it as a distinct syndrome.’

Adrenal fatigue is produced when your adrenal glands cannot adequately meet the demands of stress. The adrenal glands mobilise your body’s responses to every kind of stress (whether it’s physical, emotional, or psychological) through hormones that regulate energy production and storage, immune function, heart rate, muscle tone, and other processes that enable you to cope with the stress. Whether you have an emotional crisis such as the death of a loved one, a physical crisis such as major surgery, or any type of severe repeated or constant stress in your life, your adrenals have to respond to the stress and maintain homeostasis. If their response is inadequate, you are likely to experience some degree of adrenal fatigue.

During adrenal fatigue your adrenal glands function, but not well enough to maintain optimal homeostasis because their output of regulatory hormones has been diminished – usually by over-stimulation. Over-stimulation of your adrenals can be caused either by a very intense single stress, or by chronic or repeated stresses that have a cumulative effect.

Who is susceptible to adrenal fatigue?

Anyone can experience adrenal fatigue at some time in his or her life. An illness, a life crisis, or a continuing difficult situation can drain the adrenal resources of even the healthiest person. However, there are factors that can make you more susceptible to adrenal fatigue. These include certain lifestyles (poor diet, substance abuse, too little sleep and rest, or too many pressures), chronic illness or repeated infections such as bronchitis or pneumonia, prolonged situations that you feel trapped or helpless in (bad relationships, stressful jobs, poverty, imprisonment), or maternal adrenal fatigue during gestation.

How common is adrenal fatigue?

Although there are no recent statistics available, Dr. John Tinterra, a medical doctor who specialized in low adrenal function, said in 1969 that he estimated that approximately 16% of the public could be classified as severe, but that if all indications of low cortisol were included, the percentage would be more like 66%. This was before the extreme stress of 21st century living.

How can I tell if my adrenals are fatigued?

You may be experiencing adrenal fatigue if you regularly notice one or more of the following:

Another excellent source of information on adrenal fatigue can be found here www.adrenalfatiguesolution.com I suggest you have a look at the e-book available

Are there health conditions related to adrenal fatigue?

The processes that take place in any chronic disease, from arthritis to cancer, place demands on your adrenal glands. Therefore, it is likely that if you are suffering from a chronic disease and morning fatigue is one of your symptoms, your adrenals may be fatigued to some degree. Also, any time a medical treatment includes the use of corticosteroids, diminished adrenal function is probably present. All corticosteroids are designed to imitate the actions of the adrenal hormone, cortisol, and so the need for them arises primarily when the adrenals are not providing the required amounts of cortisol.

“The results of an Australian fatigue survey of over 1000 women aged 18- 54 revealed that over 800 of those surveyed said that tiredness and fatigue were significantly affecting their lives. The study which was conducted by Newspoll and released on April 14th 2008, surveyed women about the degree to which fatigue affected relationships, work and socialising in Australia. The results were astounding and would suggest that around 4.5 million Australian women are affected by tiredness, with many suffering from burn-out. This would translate to tiredness affecting about up to 80% of women to some degree. Most disturbing was that most just accepted that fatigue was part of their lives and did not seek help to find causes and possible solutions” (Australian Newspoll Survey – conducted Tuesday, 13 May 2008)

Adrenal Fatigue can wreak havoc with your life. In the more serious cases, the activity of the adrenal glands is so diminished that you may have difficulty getting out of bed for more than a few hours per day. With each increment of reduction in adrenal function, every organ and system in your body is more profoundly affected. Changes occur in your carbohydrate, protein and fat metabolism, fluid and electrolyte balance, heart and cardiovascular system, and even your sex drive. Many other alterations take place at the biochemical and cellular levels in response to and to compensate for the decrease in adrenal hormones that occurs with Adrenal Fatigue. Your body does its best to make up for under-functioning adrenal glands, but it does so at a price.

You may look and act relatively normal with Adrenal Fatigue and may not even have any obvious signs of physical illness, yet you live with a general sense of un-wellness, tiredness or “grey” feelings. People suffering from Adrenal Fatigue often have to use coffee, tea and other stimulants to get going in the morning and to prop themselves up during the day. Younger people may rely on “energy drinks”. Some adults may rely on the regular even daily use of alcohol in the late afternoon or evening to “unwind”. Others may take medications such as sleeping pills, anti-depressants or rely habitually on paracetamol for tension headaches which may be caused by stress. Can you recognise the signs and symptoms of stress?

Adrenal Fatigue shows up in a variety of ways. The rarest and most extreme form is called Addison’s disease, named after Sir Thomas Addison, who first described it in 1855. It is life threatening if untreated and can result in permanent damage to the adrenal glands. Addison’s disease affects approximately four out of 100,000 people. About 70% of all cases are the result of auto-immune disease, while the other 30% result from a variety of causes, including severe stress.

Once Adrenal Fatigue sets in, you may become susceptible to a long list of health complaints including respiratory infections, asthma, allergies, chronic fatigue syndrome, fibromyalgia, and other immune disorders.

To help you find the easiest path to full recovery from Adrenal Fatigue and its related health conditions, Dr. Wilson is continuously researching, developing and improving products that truly work. Dr. Wilson designed Adrenal Fatigue Treatment Programs ranging from Mild, Moderate and even Severe to help those who suffer from stress, fatigue and burnout recover faster than ever before. James L. Wilson D.C., N.D., Ph.D. has helped thousands of people with Adrenal Fatigue regain their health and vitality during his almost 30 years of private practice. His adrenal fatigue treatments include everything from diets to supplements.

For the past 15 years, he has lectured extensively to physicians and is acknowledged as an expert on hormone imbalances and their impact on health, particularly in the area of stress, immunity and adrenal function, and is a highly respected and sought after lecturer in the medical and public communities in both the USA, the England as well as throughout the world.

Dr. Wilson is acknowledged as an expert on alternative medicine, and is the very first person to actually have presented Adrenal Fatigue as a distinct, diagnosable syndrome; in fact, he actually coined the very “Adrenal Fatigue”. His popular book, Adrenal Fatigue: the 21st Century Stress Syndrome (2001) is a very comprehensive yet easy to read self-help book on the diagnosis and treatment of Adrenal Fatigue.